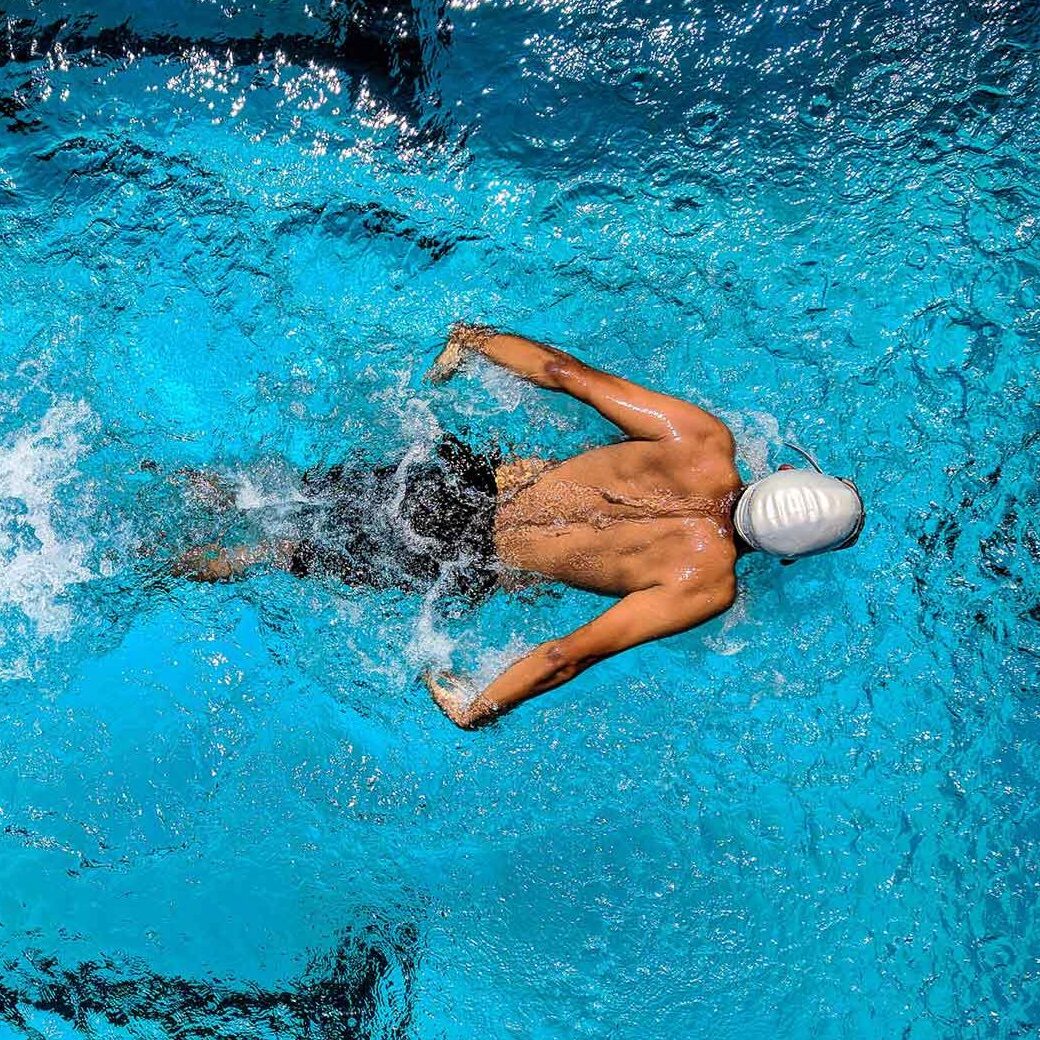 Dolphin kick has completely transformed the sport of swimming becoming known as swimming’s fifth stroke. Dolphin kick is one of the best ways to improve overall race times and efficiency in the pool. Underwater dolphin kick allows swimmers to move faster than any surface stroke since there is less resistance underwater.
Dolphin kick is not recognised to generate speed but rather to delay the slowing down process from powerful starts and turns for as long as possible. To do this, swimmers need to work on achieving key factors:

Dolphin kick can be assisted with dryland training in addition to competent and consistent training within the pool. A misconception of dolphin kick is that the kicking motion is only about leg strength however as the undulation commences from the diaphragm, it creates a fluid wave going through the core, and increases in amplitude as it travels down to the toes. Dry land activities to increase range of movement, hip mobility and hip stability can include:

Dolphin kick can be broken down in to two phases: downbeat phase and upbeat phase. An effective dolphin kick requires flexible ankles. This allows the top of the feet to be facing downward and backward instead of just downward during the downbeat. Consequently, water can be pushed backward in addition to downward, creating propulsion.

Activities to help learn to swim students understand/develop the movement:

To provide visuals for swimmers, YouTube videos of Michael Phelps and Ryan Lochte are very beneficial!